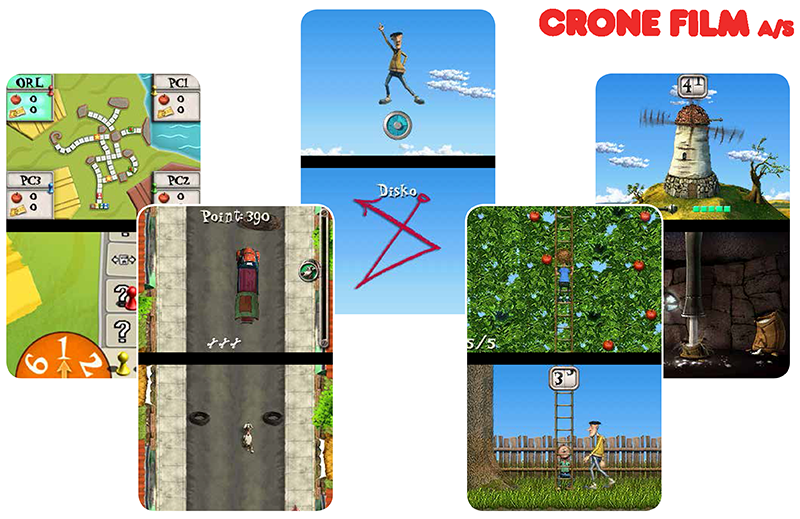 The book of Freddy Frogface embodies the strong Nordic tradition of storytelling and the game is based on the animated movie adaptation of the book.

Circus is in town and the players have to collect tickets for it. They move around the map (the town) and visit places such as the cake factory, the windmill and the back garden of the smith.

The game has a multitude of mini games, including:

Interactive board game that can be played by 1-4 players where AI players take up any remaining positions.